Finally, there is a revolutionary supplement for patients suffering from lung diseases!

Finally, there is a revolutionary supplement for patients suffering from lung diseases!

Lungs are our lifeline. Unfortunately, they are particularly vulnerable to harmful attacks because a variety of chemicals, toxins, pathogens like virus and bacteria enter the lungs directly from the environment. Coughing, sputum production, and a loss in lung function like difficulty in breathing can all be symptoms of compromised lung health.

Lungs are naturally resistant to environmental harm despite constant exposure to harmful agents. Their resistance is based on airway mucus, which provides a highly powerful defence. However, poor mucus clearance and a build-up of mucus in the lungs impede airflow, resulting in dyspnea, or shortness of breath.

Lung diseases are among the most frequent medical problems worldwide. Lung illness affects tens of millions of people across the world. The majority of lung disorders are caused by smoking, infections, pollution, and your own genes.

Every day, your lungs expand and contract hundreds of times to take in oxygen and exhale carbon dioxide. When any part of the respiratory system is affected, lung disease can develop. 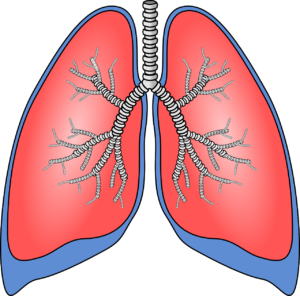 India’s situation is also concerning. Some Indian cities are currently ranked among the most polluted in the world, and we are witnessing the consequences.

The term “chronic obstructive pulmonary disease” (COPD) refers to a range of lung diseases that cause difficulty breathing. It includes emphysema, which is caused by damage to the lungs’ air sacs. Chronic bronchitis is an inflammation of the airways that lasts for a long time. COPD is a collection of lung illnesses that make breathing difficult as lung functions deteriorate. Smoking, indoor pollution, occupational exposure to allergens and toxins, heredity, and other factors all have a role.

Because there is currently no cure for COPD, many individuals turn to supplements to help manage their symptoms and strengthen their lungs.

It is important to note that gut health is extremely crucial to maintain a healthy lung. The Gut-Lung axis is key to healthy immunity for the lungs. In all the aforementioned lung related problems, your gut health is compromised. You can take a pill to address lung related symptoms, but they alone are not sufficient – they do not address the root cause.

RezMicroZ – A Ray of Hope for Patients Suffering From Lung Diseases

The coronavirus infection 2019 (COVID19) created a global pandemic, resulting in a global health disaster. Some treatments, such as supplements have the potential to help combat coronavirus infection, according to latest scientific research. RezMicroZ, India’s first evidence-based, dietary supplement for Lung Health is here to help patients suffering from Lung Diseases take a sigh of relief.

RezMicroZ is the most suitable dietary supplement for :

In order to keep a healthy lung, it is critical to take care of our gut health. The immunological response of our bodies is influenced by changes in gut bacteria composition. In fact, our gut contains 70% of our immune system. Lung diseases are caused by a faulty immunological response. Lung problems, in turn, wipe off beneficial microorganisms in our intestines. A healthy combination of beneficial probiotics, prebiotics, and lung-specific nutraceuticals, according to scientific research, helps our bodies better manage lung disorders. 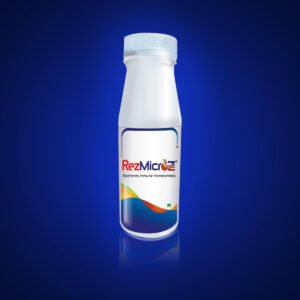 Here are some key features of RezMicroZ:

Ingredients in RezMicroZ are known to have anti-infective, anti-inflammatory, anti-oxidant, and immune-boosting activities, as well as anti-infective and anti-thrombotic qualities. RezMicroZ provides our bodies with the best possible chance to fight, recuperate, maintain health, and protect against a wide range of lung disorders*.

How Pollution is affecting your lung’s health and what is the solution?

Facebook Twitter linkedin WhatsApp WhatsApp
How Pollution is affecting your lung’s health and what is the solution? You may experience symptoms rapidly if you are exposed to high...

END_OF_DOCUMENT_TOKEN_TO_BE_REPLACED

Facebook Twitter linkedin WhatsApp WhatsApp
What additional supplements can I prescribe for my patients who had COVID-19? As of January 9, 2021, Coronavirus Disease 2019 (COVID-1...

END_OF_DOCUMENT_TOKEN_TO_BE_REPLACED

What Foods and Supplements are Good For Lung’s Health?

Facebook Twitter linkedin WhatsApp WhatsApp
What Foods And Supplements Are Good For Lung’s Health? Undoubtedly, our lungs are critical to the proper functioning of our bodies. As...